A downloadable game for Windows and macOS

Note: Safari Zone was originally released in April 2021 on Steam, Windows Store and Xbox One and newer.

Safari Zone is a creature-collection adventure!

Thousands of years ago a catastrophic event destroyed cities and terraformed regions around the world causing mutations in fauna and creatures. People travel from all over to learn about the Baun Tree and now it's your turn to discover the newest Safari Zone and catalogue all of the native creatures it is home to. 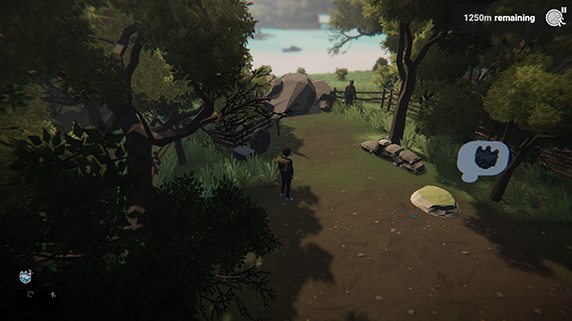 Learn about all of the people who call the Safari Zone home, befriend all of the creatures in the Rocky Tundra and be the first to catalogue the mythical creature Solarin!

In order to download this game you must purchase it at or above the minimum price of $5 AUD. You will get access to the following files:

I love the concept of this game, but the bugs made it unplayable. Would still have been a lovely experience if my game actually saved...

I found this game enjoyable and captivating game to play!

I had a dream once like this.  I kept trying to run, but no matter what I did, I was slow.  I couldn't turn my head to look at things.  Everyone around me including myself was more silhouette than person and everything I did felt meaningless- ah.  Excuse me, I mean nightmare.  Wouldn't really recommend this game to anyone.

Besides the visual issues and inability to 'look around' as it seems it's an older fashioned 'you look north no matter what way you're facing' kind of game, when interacting with other characters to speak (even if you select them by accident) you cannot exit out of their dialogue.  You will have to click.  Through every speech bubble.  Every time.  And you can't fast forward- no, you wait at their pace.  The achingly slow pace of the PC while they're in a 'run' animation was extremely off-putting (there does not appear to be a real run option, but 'walking' looks like you're jogging in slow motion.)  I honestly couldn't get very far in this at all.  I do realize it's only $5 but with how unfinished it feels, it feels like playtesting a beta you want to report bugs to the creators about (of which I've seen plenty in the comments here) and the creators- just don't seem to care.   tl;dr: save your $5

I was just reading the description and noticed it says "fauna and creatures" those are the same thing. Did you mean flora and fauna?

I love the idea of this! I unfortunately found a bug where I got stuck in some grass though

Seems like a really fun game, I'm excited to explore it more.

I encountered a number of bugs on my first playthrough,

After doing the fishing minigame a few times I ran out of time/distance(?) and was kicked back to the menu. I assume this is a bug as the first NPC said that I should have unlimited time for the tutorial.
The timer decreased by 150m every time a creature was encountered.

In the next area, the white particle effect clouds move very quickly, making it incredibly difficult to sneak up on them.When I did manage to touch one of the clouds while crouching, a red exclamation mark popped up and nothing happened.

In the next section, interacting with the small rocks generated the dialogue box, but nothing happened despite waiting for some time.

Upon walking away from the rock and returning to it there was no option to interact again. 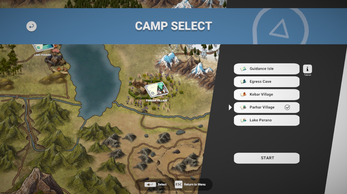 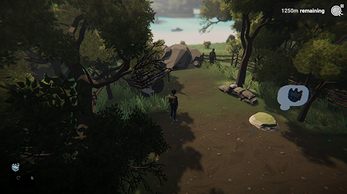 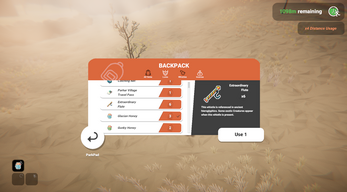 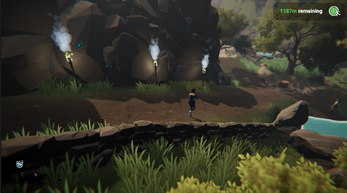